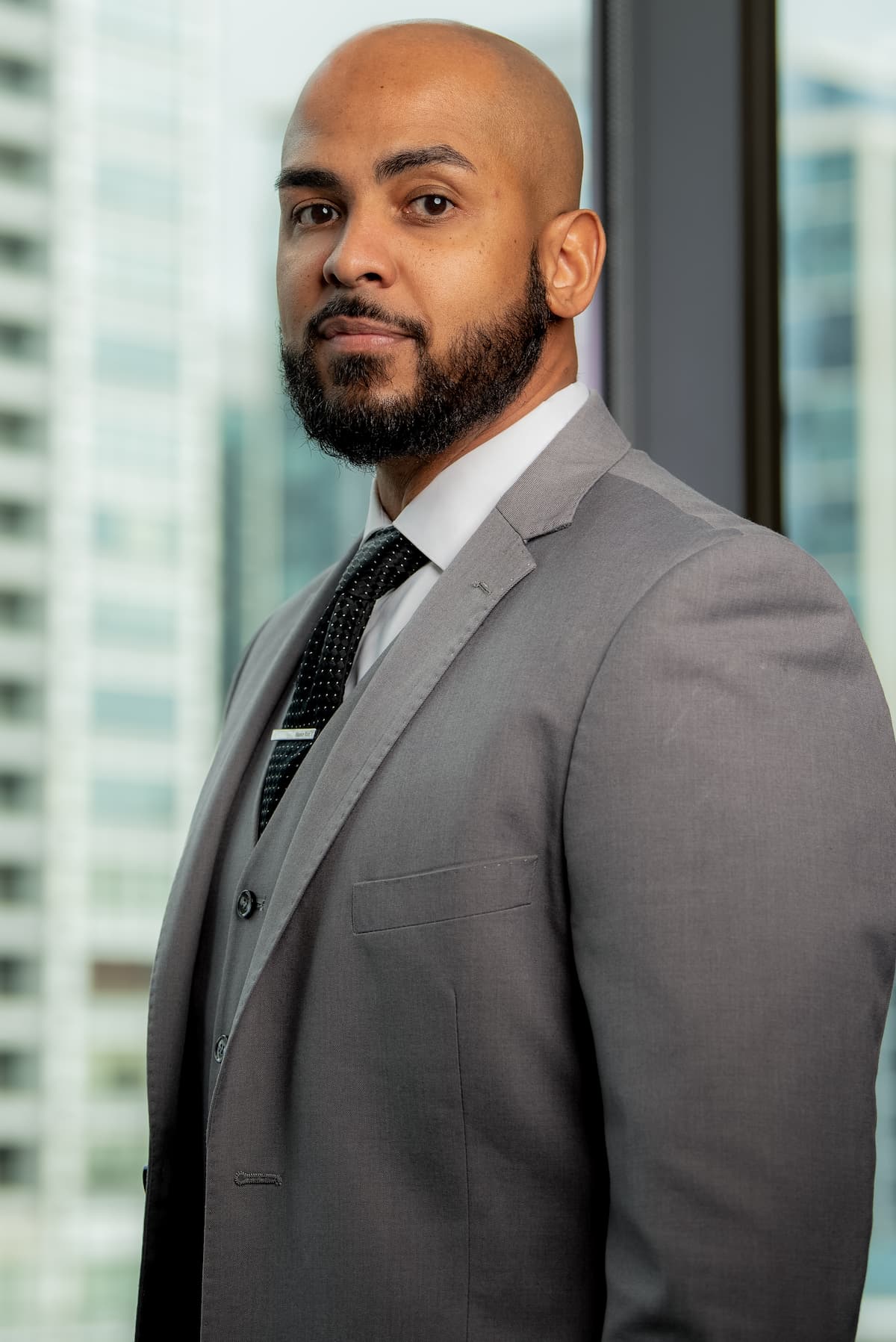 As a Chicago native, Maurice joined the United States Army in 2002 and was honorably discharged from service in 2010. Throughout his time in the military, Maurice served two combat tours in Iraq and was awarded the Bronze Star Service medal at the end of his second deployment to Baghdad, Iraq.

After the military, Maurice earned his undergraduate degree in Criminal Justice Administration at Columbia College in St. Louis, Missouri while working as a police officer with the St. Louis County Police Department. Shortly after receiving his bachelor’s, Maurice was assigned as a member of the multi-agency law enforcement group tasked with the response to the Ferguson, Missouri unrest in August of 2014.

Following the events in Ferguson, Maurice decided to pursue a career as an Attorney and went on to attend Texas Southern University’s Thurgood Marshall School of Law. During law school, Maurice was a member of the law school’s National Mock Trial Team, Order of the Barristers and the Vice-President of the Student Bar Association.

Maurice has zealously represented clients in hearings on criminal records expungement in addition to his work on behalf of the People of the State of Illinois as a former prosecutor in criminal hearings and trials.