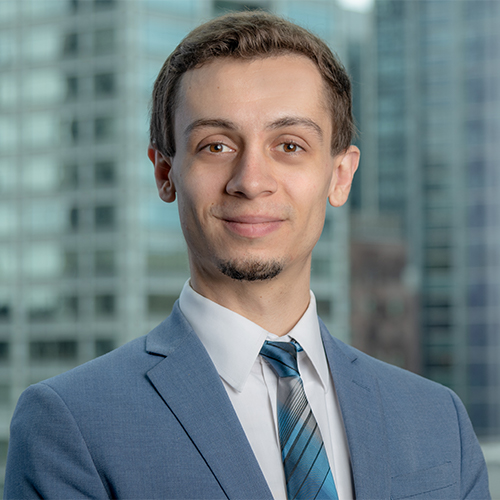 Richard Spradlin is a litigator primarily focused on mass and complex torts, civil rights, and asbestos matters. As an avid researcher with widely varied experience, he brings a unique perspective to each and every case.

Although Richard was born in Albuquerque, New Mexico, he got his undergraduate degree in philosophy from Regis University – where his time on the debate team formed strong advocacy skills and allowed him to compete in tournaments in both Greece and China. Richard returned to Albuquerque and attended the University of New Mexico School of Law.

Currently, Richard maintains his New Mexico and Illinois law licenses, and is a member of the New Mexico Bar Association.

In addition to his passion for the law, Richard loves to cook (and eat), loves to adventure with his partner, and spends his free time making music, juggling, and reading about cars.