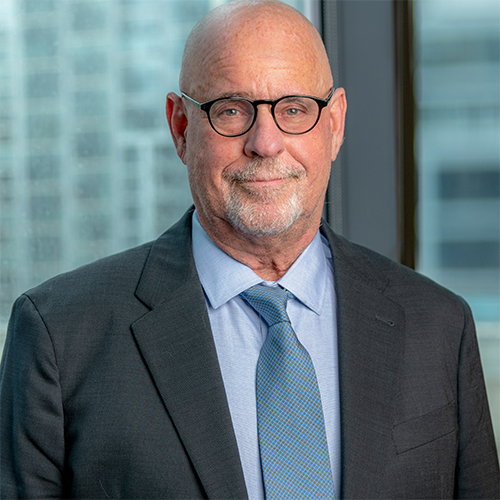 Stewart M. Weltman has been a complex litigator for over forty years, leading and trying complex litigation matters in both Federal and State courts throughout the United States.

He approaches litigation with the belief that the only way for a trial lawyer to achieve success for their clients is to roll up their sleeves and do the things that opponents delegate to less experienced attorneys. So, Mr. Weltman thinks nothing of diving into the review of thousands upon thousands of documents or doing the grunt work to learn the case from bottom up - rather than having this key - case critical - information spoon-fed to him by others with less experience. It leads to success because when he stands up in court he knows the facts and law of a case better than anyone else in the room.

As a result when he commits to a case, his clients can attest that he is intimately involved in their case from beginning to the end. It might mean that he takes on fewer cases but it means that his clients are getting 100%.

Mr. Weltman has also acted as lead attorney or lead counsel in several major securities fraud matters and was the lead attorney for his client Pacific Life Insurance Company in its individual action brought against various underwriter defendants arising out of the WorldCom frauds.

Mr. Weltman has argued before the Illinois Appellate Court, the Ninth, Seventh, Fifth and Federal Circuit Courts of Appeals, and has appeared before the United States Supreme Court as both counsel of record and as amicus counsel.

Below are just some of the results that Mr. Weltman has achieved for his clients.