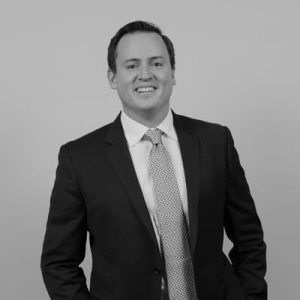 Timothy J. Keiser is an experienced trial attorney who handles a broad range of legal matters with an emphasis on catastrophic injury and wrongful death litigation. His primary areas of practice are toxic tort litigation, mass torts, civil rights actions, and other complex litigation matters.

Timothy takes pride in zealously advocating on his clients’ behalf at every step of representation. Since becoming licensed in 2010, he has devoted his career to fighting on behalf of those wronged by other individuals, corporations, insurance companies, and municipalities. He has handled numerous complex and sensitive matters through trial and appeal where his clients’ lives, livelihood, and liberty have been threatened. Through tenacious representation and a tireless work ethic, he has consistently obtained exemplary results for his clients. Prior to joining HME in August 2021, Timothy practiced at a prominent litigation firm for over a decade where he obtained more than $60,000,000 for his clients. Notably, he was part of a team which obtained the largest result in the firm’s history.

Throughout his legal career, Timothy has routinely been acknowledged as a leader in the legal field. He has been named a “Rising Star” by Super Lawyers every year since 2018, placing him among the top 2.5% of all attorneys under 40 years old as determined by his peers. Additionally, Leading Lawyers Magazine named Timothy one of its “Emerging Lawyers” every year since 2019. This honor is reserved for the top 2% of lawyers practicing ten years or less. In October 2019, Timothy was awarded fellowship with the Litigation Counsel of America. LCA is a peer-selected, and aggressively diverse honor society of 3,500 of the nation’s best trial lawyers. Less than one-half of one percent of American lawyers, vigorously vetted for skills, expertise, and service, are offered fellowship.

Even at a young age, Timothy knew the law was his calling. After receiving an undergraduate degree from Ohio University’s College of Business, he enrolled in DePaul University School of Law. While earning his Juris Doctorate, he participated in nationwide tournaments as a member of the DePaul Trial Team.

When not practicing law, Tim enjoys cheering on his beloved Chicago sports teams with family and friends. He and his family live in Chicago. A three-time finisher of the Chicago Marathon, Tim can often be found running along the city’s lakefront and jogging paths.